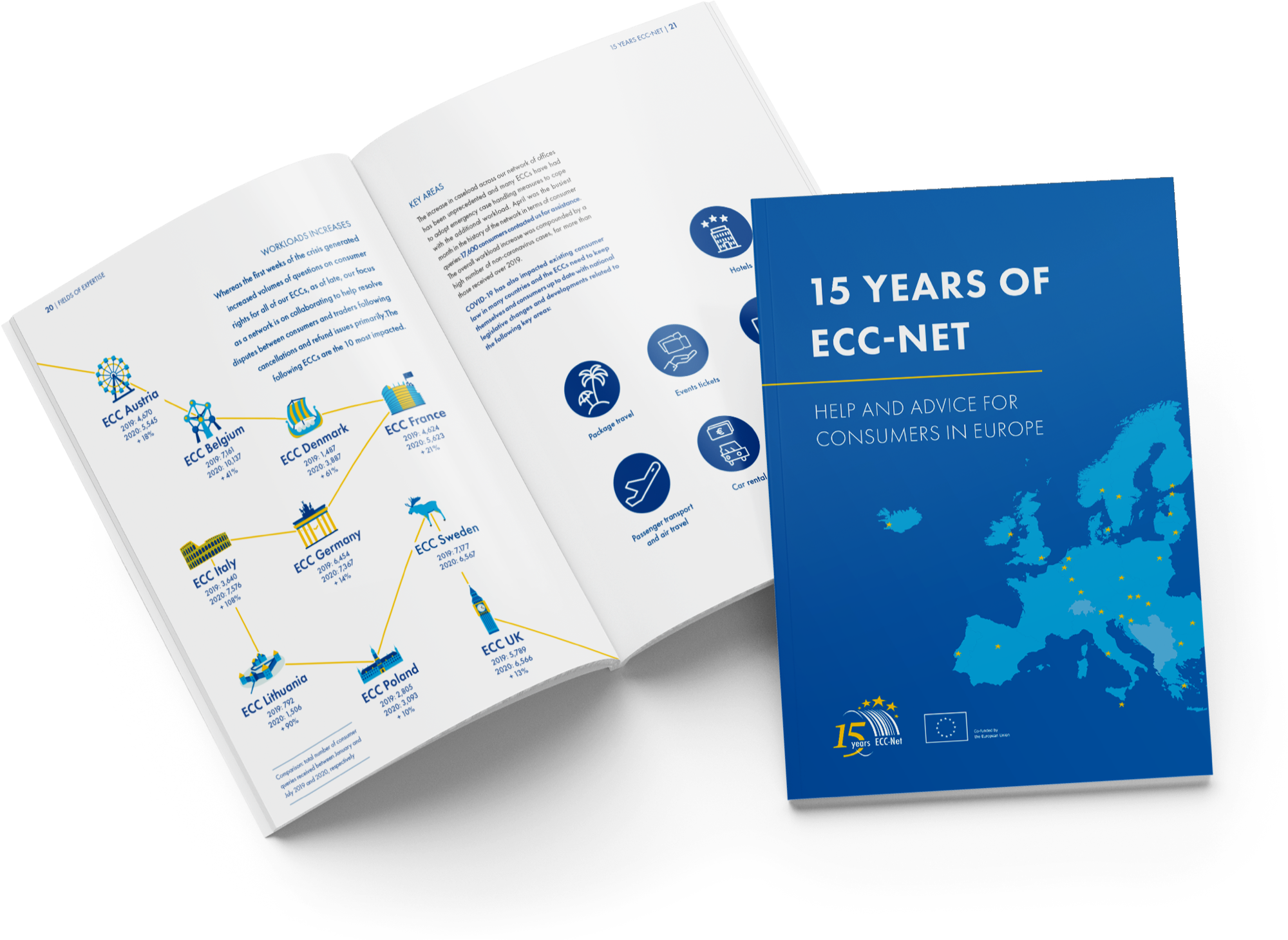 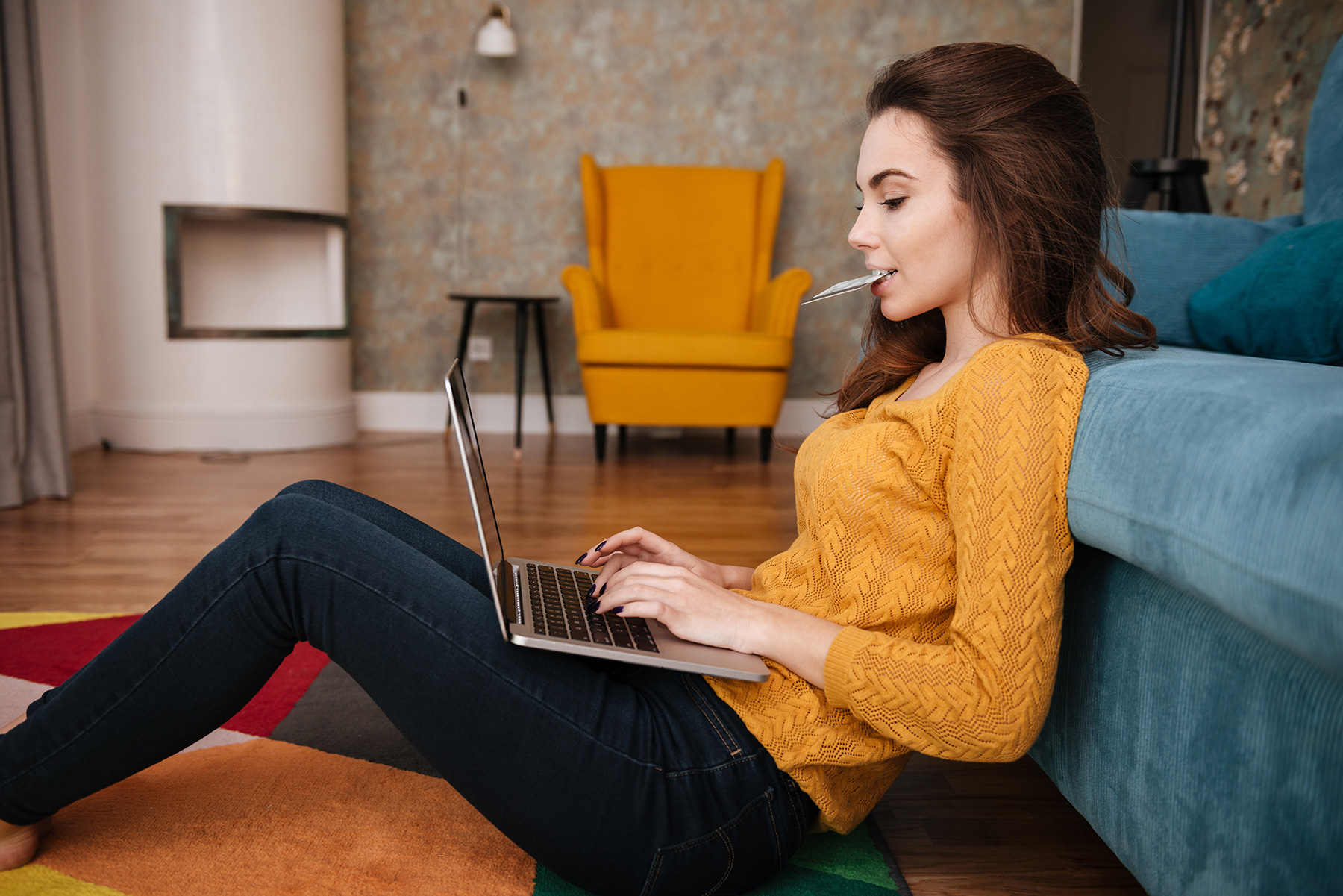 Car rental company charges unjustified costs
for late pick-up of rental car. Is the consumer
entitled to reimbursement?
For his summer holidays in the Strasbourg area, a German consumer booked a rental car from the local branch of a major global car rental company through a travel agent. He intended to collect the car on Saturday, 3 August 2019 after 5pm, outside the rental office's opening hours. Fortunately, the company offered a service for late collection, for an extra charge of € 50. The consumer  informed the company that he would collect the car at 7pm on the first day of the reservation, and paid a total of € 362.93 for the 8 days of rental. All of this was confirmed in writing.

Upon arrival, the consumer learned that he would not be able to pick up the car at 7pm, as agreed, and called the rental company. They were unable to help and told him that the office had already closed for the day. The consumer was forced to take a taxi to the hotel he had booked outside Strasbourg, so as not to miss his late check-in. The next day, he picked up the car but the company refused his request to have the extra charge for late pick-up reimbursed even though he had not availed of the service. Both the travel agent and the car rental company failed to reimburse him so he contacted his local ECC. They contacted the car rental company, informed its staff of their obligations and asked them to reimburse the consumer the extra costs of € 135, which included the late collection charge and expenses incurred for alternative arrangements. The company immediately confirmed the reimbursement which begs the question as to why it had not done it at the consumer’s request.

An expensive handbag purchased online turns out faulty.
Is the consumer entitled to a cash refund or
does she have to accept a voucher?
While on holiday in Italy, a Belgian consumer bought a handbag from the shop of a well-known fashion company. Unfortunately, the shoulder strap broke after only four months and the consumer decided to report the damage. Because the shop could only be contacted by phone, the consumer reported the issue directly to the company’s website, which immediately offered her an online voucher for the purchase price of the bag. However, the consumer refused to accept the voucher, because she had originally bought the bag at a discounted price and was concerned that she would not find a similar bag for that same price. The Italian European Consumer Centre called the shop where the consumer had bought the bag; the shop reiterated that it would not refund the customer. Nevertheless, ECC Italy pursued the matter further and pointed out to the shop that the legislation on consumer guarantees also includes the obligation to offer refunds in certain circumstances. The shop subsequently made a swift refund and offered a full apology.

A consumer fails to receive a substantial online purchase.
Will she get a full refund?
A British consumer bought a set of garden furniture from a Spanish company online and paid £364. She expected her order to be delivered within 10 days, based on what the company had told her. After a long delay, the consumer contacted the business, which ultimately confirmed that it would not be able to fulfil the order. When the consumer asked for a refund, the company agreed to process it within 2 weeks but subsequently failed to do so.

The consumer then contacted her local European Consumer Centre to ask for assistance in exercising her rights. She was first advised of her rights and told what she could expect based on the Consumer Rights Directive regarding distance sales. She was also told that the European Consumer Centre Network would assist her further by contacting the Spanish business to try to speed up the refund process. Armed with reliable information on her rights and confident that she would get the support she needed, the consumer  pleaded her case to the Spanish shop again. In response, the company refunded her in full. The consumer later told us that she would not have been able to secure a refund if she had not contacted her ECC

A concert is cancelled but the ticket seller does not inform customers of the refund claims deadline.
Will they get their money back?
A Slovenian consumer purchased three tickets for approximately €300 for an Andrea Bocelli concert scheduled in June 2019 through Italian ticket platform vivaticket.com. Due to bad weather, the concert was cancelled just two hours before the performance and subsequently postponed for two days. However the payment ticket terms stated that, in the case of bad weather, the concert would be rescheduled for the following evening.
‍
The day after the new rescheduled date, the ticket seller sent a refund offer to online customers, without any time limit to request it. Later on, when the consumer tried to claim this refund, he was refused on account of having missed the time limit expiry date, which the system said would have been at the beginning of August, a detail that the consumer was not informed about previously.
‍
The consumer subsequently asked assistance from ECC Slovenia, which pursued the case through the ECC in Italy, where the ticket seller vivaticket.com is based. They pointed out to the ticket seller that this particular consumer was not provided with pre-contractual information, both in regard to the alternative event date or the time limit for reimbursement requests. vivaticket.com looked at the ticket terms, and reimbursed the ticket price, minus a €50 refund processing fee.

A consumer’s flight gets cancelled due to Coronavirus restrictions. How long must he wait for a refund?
A consumer booked flights from London to Beijing via Warsaw with LOT Polish Airlines. He paid £792.92 in total. The flights were cancelled and the passenger submitted his refund request. He was informed by the airline that a refund would be paid in three months. After three months and no refund, he approached the UK European Consumer Centre, who provided him with guidance on his consumer rights and the airline’s obligations. At this point, ECC UK also asked for supporting documentation on his flights and subsequent cancellations so that his case could be pursued with the help of the ECC in Poland, where LOT Airlines is based. The consumer submitted his documents the same day and the case was forwarded to ECC Poland. Our colleagues in ECC Poland contacted LOT Polish Airlines the same day and the airline advised that a refund for the cancelled flights had just been processed. We confirmed this refund with the consumer and the case was closed satisfactorily.

Thanks to your work I have not lost trust in law and justice in the EU. Without the help of the ECC-Net I would not have known what to do.
I hope that the new product works better.

I am very pleased with the positive outcome of my complaint. Without the ECC-Net, I had no idea how I would have solved the issue with the foreign trader.
This shows what the EU offers its citizens.

I would like to congratulate the ECC-Net for raising awareness regarding consumer protection law and for offering high-quality services to consumers.

We have obtained the refund. It’s good to see how the EU can be beneficial even for these practical minor issues. I really want to thank the ECC-Net for your professionalism.

Thank you for the work and effort in solving my problems that arose while purchasing a car. The ECC-Net encouraged me not to give up!
Thanks to you I have received the compensation. 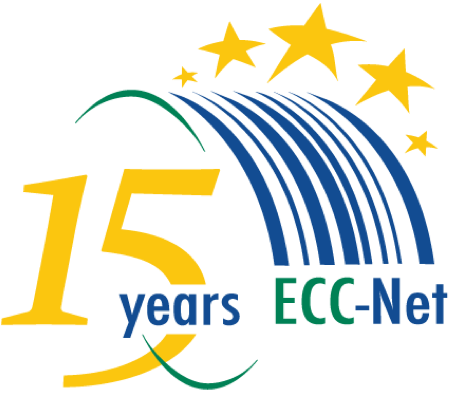